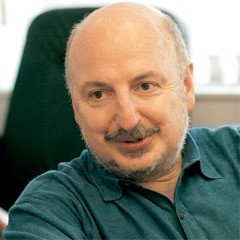 The founder of Financial Trading Inc., a well-known lecturer, successful trader – Alexander Elder is a prime example of a man who has fully realized his potential. As a recognized expert in psychology and online gaming, he conducts seminars and trainings around the world, as well as speaks at conferences. Alexander Elder's educational videos and books are downloaded and bought by thousands of people seeking to develop and improve their approach to doing business.

Biography of Alexander Elder: briefly about the main thing

Despite extensive public activity, the biography of Alexander Elder is known only in general terms, as he observes a reasonable distance in communication with journalists. We can say that he had two homelands: he began his life in Leningrad, but spent his youth in Estonia and there he received a higher medical education. After graduating from the school he worked as a ship doctor. During one of the commercial flights, arriving at the major port of the Republic of Ivory Coast, he found the American Embassy and asked the US authorities for political asylum.

After moving, interning at a local medical institution, he later studied psychology at the NYPSI (NewYork Psychoanalytic Society and Institute). After receiving a diploma, he founded his own practice – engaged in psychoanalysis and psychiatry. The new environment, as well as the availability of earnings on financial transactions awakened in Alexander interest in the game on the stock exchange. Devoting more and more time to the study of financial markets, he at some point decided to try his hand at investing in securities.

Alexander Elder's first steps in trading were not simple: he had to learn from his own mistakes, repeatedly draining the score. Returning to medical practice, he again accumulated assets and, improving the strategy, again invested them in the market. He describes this period as a time of "ups and downs." Not only did the difficult start of his career not prevent Alexander Elder from make a fortune, but also proved to be the key to a comprehensive understanding of trading. Subsequently, this helped him realize his potential in the field of financial training by opening Financial Trading Seminars, Inc.

Strategy and views on success

Alexander Elder's three-screen system was introduced in 1985, but almost three decades later it is popular. The basic concept of this approach is to optimally select timeframes and indicators to achieve a complete and objective vision of the market situation. Three screens are, respectively, the tide and wave of the market, as well as daily income. Long-, medium and short-term intervals, such as weekly, day and four-hour, are proposed to cover the trend and at the same time correct interpretation of the schedule. On a long stretch, which helps to determine the trend vector, it is advisable to use MACD-histogram and EMA. A medium-term temporal display that shows the optimal moment of opening a position is considered to be the main one. At this timeframe, it is important for the trader to understand oversold/overbought, which means that an oscillator is needed. In turn, a short-term interval is needed for the correct placement of pending orders.

An important contribution shown in Alexander Elder's "Basics of Exchange Trading" and "Trading for Survival" is the emphasis on the psychology of the trader as a prerequisite for success. First of all, the best-selling author explains how important it is to control emotions, to be able to identify and recognize their own mistakes, as well as to learn from them. In addition, he notes that understanding the psychological laws governing the actions of stock market players will become an additional source of information about the state of the market. In fact, the graph and technical figures are seen as a reflection of the psychological patterns of traders. Another key point that Alexander Elder raised in "How to Play and Win on the Stock Exchange" is risk management. In particular, the financial expert himself never admits losses of more than 2% of one unsuccessful transaction or 6% for the month – such indicators he considers as a reason to re-evaluate his work. Reading the books of Alexander Elder, you can learn a lot of really useful information, and it is equally relevant for beginners and accomplished professionals.