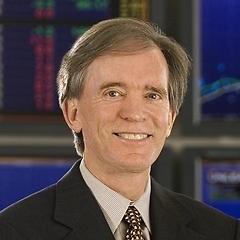 Bill Gross's success in investing in fixed-income instruments is often compared to Warren Buffett's gains in the stock market. Gross is one of the 30 most influential investors, the first portfolio manager in the FIASI Hall of Fame and the head of the world's largest bond fund. Demonstrating phenomenal returns over a quarter of a century, he is also the author of two bestsellers: "Bill Gross on Investing" and "Everything You Heard About Investing Is Not True!"

The starting point of Bill Gross's biography was April 13, 1944. Born into the family of an ordinary manager of a steel company, he was the second of three children. He spent his childhood in the small town of Middletown, Ohio, after which his parents, in connection with the transfer of the head of the family to a new position, decided to move to San Francisco. In turn, he received his education at the Department of Psychology at Duke University in North Carolina.

Gross's first serious profit is related to gambling, the interest of which was evident in the student years. After losing $50 to Black Jack, he devoted more than a year to meticulous study of the game. As early as 1966, playing 15 to 16 hours a day, he spent four months in a casino, turning $200 into $10,000. According to Gross, it was gambling that introduced him to the principles of capital management and risk management, as well as instilled the right attitude to money.

After serving three years in the Navy, upon his return to the United States, he enrolled in the University of California Business School, paying for his education through card winnings. After graduating, he earned a master's degree and became a stock market analyst at Pacific Mutual Life Insurance Co. Together with marketer J. Mazzie and a specialist in administration W. Under the board, he secured the responsibility of a $5 million fund and later successfully managed SCE Corp's $10 million assets. In 1971, he founded Pacific Investment Management Company, the world's largest mutual fund. The stable and high profitability of the investment and trading methods used by him has brought an even larger investor – the media conglomerate AT'T.

The approach that guaranteed Gross worldwide fame and multimillion-dollar capital is based on a fundamental analysis of macroeconomic factors, followed by an industry study and the choice of an investment object.