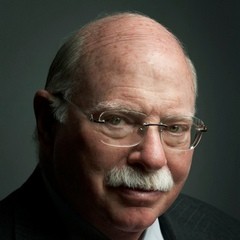 Michael H. Steinhardt became famous as a talented financier, hedge fund manager and investor, but he is also known as a publicist and philanthropist. Steinhard is one of the first truly outstanding hedge managers, primarily thanks to the success of Steinhardt, Fine, Berkowitz and Co. According to British journalist Sebastian Mallaby, M. Steinhard is "a living legend in the world of hedge funds."

Many financial virtuosos started their way from a low start, but in Steinhard's case, things were much more complicated. He was born in the family of Sola Frank Steinhard, the infamous gambler and convicted buyer of stolen property. Not wanting to follow in his father's footsteps, Michael sought to succeed with honest work. The turning point in the biography of Michael Steinhard was one of the family holidays, which he was given shares – in fact, it led to a fascination with bidding at a young age.

After graduating from the Wharton School of Business and the University of Pennsylvania, as well as serving in the Army, he tripled to work for brokerage firm Calvin Bullock. After a while, Michael Steinhard served as an analyst at Loeb, Rhoades and Co. By 1967, the money he earned was enough to participate in the creation of the Steinhardt hedge fund, Fine'Berkowitz. The average annual return of investors, which the organization soon came to, reached 24.5%. Even minus all commissions, this figure was three times higher than the annual performance of the index of the S'P 500.

The main major failure in Steinhard's career after decades of profitable work of the fund was the accusation of illegal manipulation of treasury securities. The trial ended with a $70 million fine, 75 percent of that out of pocket. In his autobiography, Michael Steinhard said he did not appeal just to settle the case quickly and move on. He retired in 1995, but resumed working for WisdomTree Investments in 2004, and in 2010 he was hired to manage Israel Energy Initiatives Ltd.