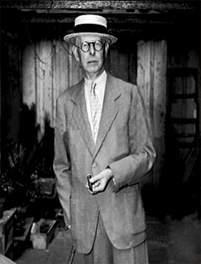 First published in 1923 "Memories of a stock speculator" Edwin Lefebvre remains one of the most relevant and popular books about the stock market game. As a professional journalist and writer, the author has learned a unique understanding of the stock market.

Lefebvre was born in 1871 in Colombia, but came to study mining engineering at Lehigh University (Pennsylvania, USA). At 19, Edwin began his career as a journalist, and after inheriting a sum after his father's death, became an independent investor, working as a Wall Street broker and financial journalist in the New York Sun. Lefebvre served as ambassador to Italy, France and Spain, and returned to his literary career after completing his diplomatic career in 1913.

"Memories of a Stock Speculator" began as a series of twelve notes published between 1922 and 1923. The artistic history of trader Jesse Livermore describes the techniques and principles of the stock trader, as well as touches on the concepts of the psychology of crowd and jumps in market demand.

Through the book, Lefebvre seems to have been instructive to his then colleagues: "The desire for constant action, regardless of the basic conditions, is responsible for many of the losses on Wall Street, even among professionals who feel they should earn daily, as if they were working on regular pay." "A person can see directly and clearly, and yet become impatient and doubtful when the market refocuses in the right direction.

That's why so many people on Wall Street, not from the loser class, are losing money nonetheless. It's not the market that beats them. They beat themselves because, having brains, they can't sit still."