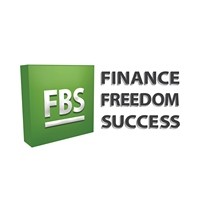 FBS, a broker actively developing in the eastern markets, is also represented in the CIS, namely in the Russian Federation. According to masterforex-v.org, the offices of this dealing center are open in St. Petersburg and Krasnodar. The site fbs.com, as well as the contents of documents regulating the relationship between traders and this firm, allow to classify the latter as a category of enterprises developing mainly in the Retail Forex segment.

Some elements of the package of services of this brokerage company differ from the offers familiar to domestic users. In particular, the focus on international markets has led to the abandonment of trust management and cooperation with depositors. At the same time, FBS does not cooperate with U.S. citizens.

The firm, known as FBS Forex, is registered in the offshore jurisdiction of the Central American state of Belize. As a result, the role of the main regulator and guarantor of quality is played by the International Financial Services Commission Belize (IFSCB).

Of course, in most contentious situations, the IFSCB is seen as the ultimate instance, which does not come to involve. Instead, DC customers will have to turn to local independent regulators – in the case of the post-Soviet space, the responsibility of the CRFIN takes over. In the registry on the official website of the crfin.ru broker FBS is referred to as “FBS Trade” and belongs to the category “A.

Segregated accounts involve the storage of at least 70% of the capital in the form of a deposit in the bank, which is considered as an additional means of protection against market and non-market risks. As for the main characteristics, FBS Trader service operates on the technology Market Execution with access to 28 currency pairs and two precious metals (gold and silver). The terminal displays quotes with five decimal places, spreads defined as floating or fixed, depending on the particular account. The “cent,” “micro” and “standard” packages assume leverage to 1000: 1, the rest – up to 500: 1.

The FBS Dealing Center is a broker with ambivalent feedback. On the one hand, the company is often blamed for delays in enrollment and withdrawal. On the other hand, it is about procrastination, not non-payment, which makes the problem less critical.