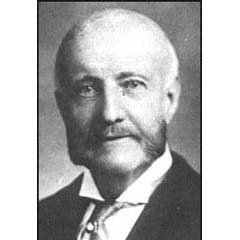 An Englishman by birth, Henry Clews played an important role in the formation of the American economy in the late 19th and early 20th centuries. His family comes from the provincial west Midlands, namely Stafford County. When Clouse was 19, his father decided to emigrate to the United States. His parents hoped that their son would choose a spiritual career, but he did not share this opinion: once on Wall Street, Henry decided to devote his life to climbing the financial Everest.

Clouse's understanding of the rules of success began with the position of a small employee in an importing firm, after which he was seriously interested in stock trading. At the age of 23, he had already successfully conducted deals on the famous New York Stock Exchange, and a couple of years later became a co-founder of Livermore, Clews, and Company, one of the three largest participants in the U.S. market for the turnover of the state Bonds.

One of the main tests in Henry Cluz's biography was panic in 1873, which was the beginning of one of the most protracted economic downturns and brought bankruptcy to Livermore, Clews, and Company. Despite the height of the Long Depression, four years after the global market collapse, Clouse managed to recover some of his capital, distribute debts and set up his own firm.

The resignation of an official position in the U.S. government did not prevent him from participating in the organization of the "Committee of the Seventy" that exposed the infamous "Tweed gang". Henry Clouse later served as an economic adviser to President Ulysses S. Grant. A staunch conservative, he criticized the work of trade unions. He is also known for his lectures on public administration, the development of society and the economy. Views on these issues were published in the book Fifty Years in Wall Street, which remains relevant today.