Dom » Forex Traders » Jack Bernstein is a biography of a trader 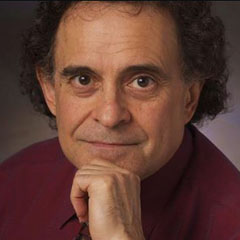 Jack Bernstein is a professional trader who has gained fame as an excellent analyst and consultant. By profession, Bernstein is a psychologist. According to him, he started trading by accident, responding to an ad in the newspaper. To date, he has written more than 20 books on stock markets and futures, is a consultant not only to traders, but also to the largest financial institutions.

He was born in Bavaria on September 20, 1946. He began his career as a trader in 1968 when he moved first to Canada and from there to the UNITED States.

Jack Bernstein prefers to work in the most active futures markets: finances, contracts, energy. According to him, he is a long-time supporter of trade for everything that has a time frame.

Bernstein believes that the Internet has greatly expanded the possibilities for trading, but he still will not be able to supplant trading in the hall. In his opinion, as long as there is a broker and trader, as well as a place where they can meet, then they will still trade successfully. Although Bernstein himself has always been a trader behind the monitor, explaining that in the hall it would be difficult to notice him among high traders, as he has a small growth, and this gives an advantage to competitors.

His work is almost always technically oriented. It works with the application of price patterns, cycles, seasonality of trades. He also conducts a huge number of seminars in various areas of trading, is a member of the All Star Traders Hotline and has been published for many years by MBH Weekly Futures Trading Letter.

At this stage, he is president of MBH Commodity Advisors and an active trader, participating in trading off the exchange.

He always advises beginners in trading to start with sufficient capital and proper diversification of funds, as well as to make trades on large fluctuations taking into account risk management.