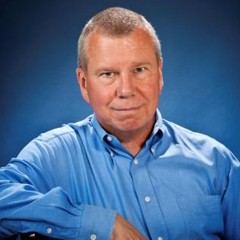 The life paths of most successful traders sometimes have some similarities. For example, the lives of William Gunn, Alex Elder and Larry Williams are very similar. John Bollinger has a similar story.

He is the leading analyst and investor in the history of the financial market.

John was born in France, but eventually his family decides to move to New York. He was interested in photography and cinematography. It is these two hobbies that lead him to the school of visual arts. In New York, he is educated and becomes a lighting operator. He loved it, and in 1976 he moved to West Hollywood.

One day his mother asks to see her investment portfolio. That's where the tipping point comes in John's life. Despite the fact that he worked for the Channel Financial News, the profession of operator loses its meaning for him. He comes to the set for knowledge: he could observe the work of financial analysts and at the same time get all the necessary information about the markets.

After acquiring all the necessary knowledge Bollinger gets a job on TV trading analyst. His career didn't last long. Soon the rights to the TV channel were bought by another company.

At the same time, it is developing its own system of efficient and rational market analysis. Now it is used by every second trader, it is called "Bollinger Bands". Before you start using the bands, it's worth reading The Bollinger Tapes book. This is a pretty detailed guide to the use of this trading tool. It describes how to apply bands individually and in the mix with other trading indicators.

Today, John Bollinger is the head of Bollinger Capital Management. This firm specializes in trust management of the finances of both individuals and businesses.