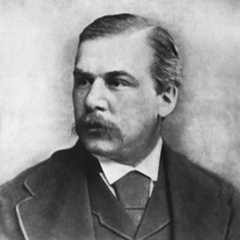 The name "John Morgan" was worn by two prominent representatives of the American dynasty of bankers and industrialists. The first, John Pierpont Morgan (also in John Pierpont Morgan), was the founder of J. P. Morgan and Co, the largest financial company of its time. His biography is full of contrasts: he is known as a gun speculator and at the same time as a philanthropist who has done much for the development of the Metropolitan Museum, Harvard University and the Museum of Natural Science. In addition, he financed the development of the brilliant scientist Nikola Tesla, as a result of which he significantly contributed to scientific progress.

Second J. Morgan is his son, John Pierpont Morgan Jr. One of the tycoon's first historical achievements was the construction of the world-famous "corner house" at Wall Street 23, which served as the new office of J. P. Morgan and Co. for a long time. The building is currently listed on the U.S. National Register of Historic Places. Later, in 1924, he also founded the Scientific Library of P. Morgana," developed later into an important cultural and scientific institution. In fact, this project embodied the desire to honor the memory of his father, who gained fame as a famous collector. Morgan's personal librarian, the elder Belle da Costa Green, took over as director and continued his work collecting rare manuscripts.

As with his father, much of Morgan Jr's success is related to earnings from military operations. Much of Morgan's senior fortune comes from speculation of arms shipments during the Civil War that erupted in the first half of the 1860s. In turn, a similar role in the biography of John Pierpont Morgan Jr. was played by the First World War. Having considerable family capital, the banker could carry out manipulations on a serious scale. Having invested $12 million and $50 million in loans to the Russian Empire and France, he also provided supplies to Britain, buying up American agricultural, industrial and military products.

Modern historians for the most part agree with the assumptions about the unspoken alliance of "J. P. Morgan and Co" and the U.S. government in the person of Minister W. McEdand and President Woodrow Wilson. Reparations of Germany at the end of the war also passed through John P. Morgan. From 1914 to 1919, Morgan served on the board of the Federal Reserve Bank of New York. In 1919, he also served as interim chairman of the Committee for the Protection of Mexican Securities, represented by American, British and French bankers. Having made a series of visits to Europe, he created the prerequisites for later becoming one of the main creditors of the German and a number of European governments. In general, the success of Morgan's financial banking syndicate proved to be an important factor in the success of the American economy in the early 20th century.

In 1920, he transferred his house on Princes Gate, near Imperial College London, to the American Embassy. In 1938, the building became the residence of U.S. Ambassador Joseph Patrick Kennedy Sr., a well-known businessman and father of U.S. President John F. Kennedy.

Funding for President F. President's New Deal Roosevelt at the expense of John Morgan's assets is undoubtedly one of the most important deposits of the financier in the history of his country. With his hand in overcoming the Great Depression in the United States, he also funded mussolini's regime. The amount of loans granted to the Italian dictator is estimated at 100 million dollars. Founded Morgan Stanley in conjunction with businessman Harold Stanley, Morgan also managed numerous industrial and financial corporations, including U.S. Steel, Insurance Aetna Insurance and Northern Pacific Railway. At the same time, he sponsored numerous religious and charitable institutions as well as hospitals.