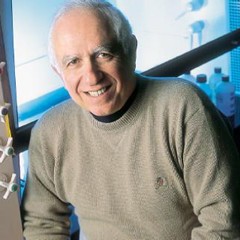 Among the traders, the well-known financier Martin Schwartz is better known as "Buzzy". Martin's great passion is intraday trading. Now he is an example for many traders whose goal is to conquer the top of the Forex market.

Martin is a truly purposeful and able-bodied person who knows what he wants in life and achieves it.

When he started working as a trader on his own, in the first year of operation his income amounted to more than 600,000 U.S. dollars. A year later, he doubled that amount. Now his standard daily salary is $70,000.

But, unfortunately, Martin had to pay a big price for his success in his work. Schwartz's health deteriorated significantly due to constant stress and nervous market conditions. The round-the-clock stay in the thick of events forced Martin to abandon the strategy of active trading.

Martin Schwartz began to build his career during his higher education. He attended Amherst College and enrolled at Columbia University. Martin also served in the United States Marine Corps. His first job was as a financial analyst at E.F. Hutton. But when $100,000 is available, Martin quits his job at the company and buys an independent trader on the U.S. Stock Exchange.

In order to earn good money, the young Schwartz had to work overtime for 12 and 14 hours a day. But today he still often stays in his office for a long time. But from his own experience Martin became convinced that this is the way of trading gives an excellent result.

Schwartz's career is going uphill at a rapid pace. Very soon he became a successful trader. Martin worked mainly with stocks, options and futures. At the end of the year of self-employment, his profit was $600,000.

A year later, he got the same amount again.

His trade was quite aggressive, he often changed the direction of all his operations and could not work with one financial instrument for a long time.

In addition to his work, Martin managed to take part in the Trade Championship and prove that he is a master in financial transactions. The competition was organized by Stanford University.

The most memorable was 1984. Then Schwartz was able to become a winner and beat all his rivals. He alone brought in several times more profit than all his competitors.

It is this fact that led to the mass adoption of intraday trade. Thanks to Martin, many traders today can use this trading strategy.