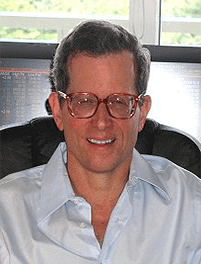 Michael Marcus's achievement is seen as increasing an initial investment of $30,000 to $80 million in less than 20 years. Such staggering efficiency, of course, draws attention to the methods and techniques used by the trader. An interview with commodity trader Michael Marcus is part of Jack Schwager's 1993 Series of Exchange Wizards.

After graduating from Johns Hopkins University in 1969, and planning to teach psychology and write a thesis at Clark University, on the advice of friends, Michael agreed to try his hand and good luck in stock trading. This idea was successful and attractive, setting the start of a manic craving for the stock market game. A reasonable strategy of waiting for the most favorable conditions for making deals, according to Marcus, increases the probability of success.

After starting his career as a trading market analyst, Marcus's desire to engage in independent stock trading forced him to leave his career and continue dynamic trading. Over time, he joined Commodities Corporation as a trader, where he was engaged in the money assets of large companies and private clients. After a decade of work, he was able to increase the company's bill by 2,500 times.

Such success was made possible by its own trading strategy based on a fundamental study of the financial market. Although, of course, in Marcus's career there were also failures, unprofitable trades and losses, especially painful at the beginning of his career. Since Michael is convinced that success depends not on luck, but on skill, these blunders did not cause him to stop, and served as lessons to achieve even greater success.