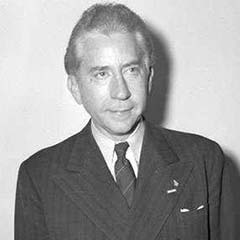 American industrialist Jean Paul Getty (Jean Paul Getty) went down in history as a millionaire with a bad character. Born in 1892, at the age of 65, he was named the "richest living American." This title was awarded to him by the editors of Fortune magazine. In addition, in the 1966 Guinness Book of Records, Getty was mentioned as the world's richest private citizen. That year, his fortune was estimated at about $1.2 billion. In turn, at the time of his death, he earned more than 2 billion – in terms of modern exchange rates, his capital would be $8.2 billion.

The Guinness Book of 1996 named it the 67th richest American in history – and the status of the participants of the ranking was estimated on the basis of the percentage of the gross national product. By comparison, having passed away two years earlier, billionaire Howard Hughes has left behind about 2.5 billion in modern equivalent. The latter was a well-known philanthropist, while Getty was famous for pathological stinginess.

Perhaps the worst manifestation of this quality in The Biography of Jean Paul Getty is the kidnapping of his grandson John Paul Getty. The kidnappers, who demanded a ransom of 17 million, received a sharp rejection from the billionaire. He explained this to the press by the fact that the decision to take on the criminals would endanger the health of the other 13 grandchildren, as well as other relatives. A few months later, the Getty family was sent a box containing John Paul's ear, as well as a note threatening to return the kidnapped teenager "in parts." At the same time, the amount of the ransom fell to 3.2 million. In the end, Jean Paul Getty agreed to pay the criminals, but not before he knocked down the amount to 3 million. Part of the $800,000 ransom he owed to his son, Father J. Paul Getty – under 4%.

Jean Paul Getty is the son of George Franklin Getty, the patriarch of the oil tycoon dynasty, who started the family business. Jean Paul was educated at the University of Southern California, the University of California, Berkeley, and Magdalene College. He spent his summer holidays working in his father's oil fields. In 1916 he made the first million, managing the company Tulsa. The development of the Field in Oklahoma, which was handled by Tulsa, was critical to its success. However, in 1917 Jean Paul Getty decided to retire and devote himself to secular life. Despite the fact that very soon he came to his senses and returned to business, the respect of his father was lost. Dying, George Getty told his son that he is a useless businessman and is likely to ruin the family business. However, history has shown that he was wrong.

During the Great Depression, Pacific Western Oil Corporation acquired Pacific Western Oil Corporation and began a takeover of Mission Corporation, a process that lasted until the 53rd year. In 1967, all acquisitions were attached to Getty Oil. In 1949, he paid Ibn Saud more than nine and a half million in cash and pledged to pay one million a year for a plot of land near Kuwait. Four years later and more than $30 million, oil was found in the area. The field brought about 16 million barrels per year. In fact, it was this deal that later turned Jean Paul Getty into the richest American of his time. In order to continue to earn money in the Middle East, he even learned Arabic.

The eccentric billionaire has gained a bad reputation, but he can not refuse the presence of business acumen and the ability to manage money. One of the most famous books by Jean Paul Getty "How to become rich" was published in Chicago in 1965. Today it is a recognized bestseller and desktop book for economists and stock traders.