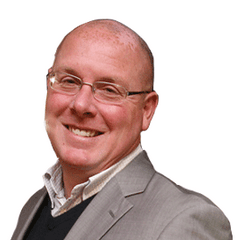 Nicholas William Leeson has earned mixed fame: his shenanigans led to the collapse of Barings Bank, the oldest trading bank in London. Leeson was sentenced to six and a half years in prison for illegal financial transactions, but the sentence was later commuted to four years. In total, Leeson caused financial damage to Barings Bank, which was almost twice the bank’s capital. After serving time in 1999, Nicholas Leeson became head of Irish football club Galway United. He seeks to redeem himself with the public by giving speeches on risk management and corporate responsibility. Leeson also participated in the celebrity TV project Celebrity Apprentice Ireland and wrote two autobiographical books, one of which was screened. Nicholas Leeson was born and spent his childhood in the Suburbs of London, Watford; prior to Barings, he worked for the private bank Coutts Co and the American financial company Morgan Stanley. After four years of success at Barings Bank, he was promoted to Chief Futures Manager at SIMEX Singapore. He agreed to transfer to the post only after being denied a British licence because of the misrepresentation of the data on his CV. In 1994, he was arrested for indecent conduct. Since 1992, Leeson has exploited a corporate system error for fraud. At first, this activity was even profitable: for example, one of the transactions brought the bank 10 million pounds. However, soon his luck turned away from him and he began to bear colossal losses, which turned into a scandal and four years in prison. A serious test in the biography of Nicholas Leeson was cancer: he was diagnosed while serving his sentence in Singapore. The authorities and doctors made every effort to make the infamous prisoner recover, and soon they managed to achieve remission. These events Nicholas Leeson also described in one of the books.