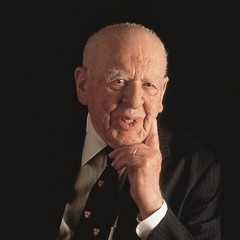 Pioneer in mutual funds and virtuoso investor Philip Carret (Philip Carret) in financial circles became famous as one of the most purposeful and hardworking traders. As a centenarian, he visited the office of his firm Carret and Co. even reaching the age of 101 years. According to Warren Buffett, Carre has a special place in the history of speculation in the financial markets: this man did not immediately find his vocation in trade, but definitely reached considerable heights in this area.

The initial sphere of interest of Philip Carre was chemistry: at least, he devoted a lot of time to mastering this specialty at Harvard University. Military events, which coincided with the youth of the future financier, prompted him to learn flying. However, he did not have to test these skills in practice, as the First World War ended before he got to the front. After that, Carre traveled for some time in the United States and settled in Seattle, where he was offered to sell bonds. He later moved to Boston, where he also traded in the stock market.

A key role in Philippe Carre's biography was played by work at Barron's, an American weekly newspaper that reviews financial markets. Processing a lot of analytical information, the financier became interested in the concept of capital pooling for later investment and growth. Deciding to try this scheme of earnings in practice, he collected about 25,000 dollars: his first investors were relatives and relatives. Philip Carre left the newspaper in 1927. and founded his first Pioneer Fund a year later. After 35 years of successful wealth management, he sold the fund and immediately founded a new company Carret and Co., which he managed until old age.

The distinctive elements of the investment style practiced by Philip Carre consisted of working with long-term projects. He also preferred not to use insider information and did not study company management.