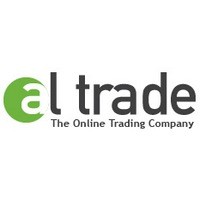 The AL Trade Inc. dealing center, opened in 2003, is one of the veterans of the domestic market for services for Forex traders. The company is positioning itself as a representative of the English brand, as evidenced by the address listed on its website: 26 York Street, London, UK. At the same time, it has a traditional offshore registration for its segment, with its licence issued in Rhode Town, the British Virgin Islands.

The official website of the alforex.com does not provide information on cooperation with regulatory organizations such as the CRFR, CRFIIn or the like. However, Al Trade reviews on a number of rating portals (ratingfx.ru, brokers-fx.ru and others) make a generally positive impression. According to such comments, the office fulfills its obligations to customers and offers a competitive package of services. However, negative statements against her are also present.

A year after the introduction of the dealing center AL Trade was made transition from Meta Trader 3 to the later fourth version. The company is in no hurry to introduce the latest trading software (MT5), which, however, is typical not only for it, but also for most other brokers developing in Runet and CIS. In general, the alforex.com offers a standard for domestic DC set of desktop MT4, as well as versions for Android, iOS and Windows Mobile. In AL Trade Forex-traders will earn according to the following conditions: