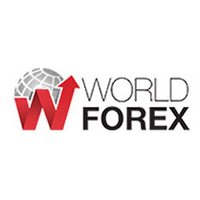 The brokerage company World Forex Corp. is registered in the offshore jurisdiction of Antigua and Barbuda. From competitors using the same offshore license, this DC is distinguished by the lack of information about interaction with domestic regulators, for example, such as the CRFR or CRFFIN. Of course, such independent associations are also unable to provide full legal protection, but they remain the most effective method of monitoring the dealing centre’s compliance with obligations to customers.

The platforms available to Users of World Forex include Meta Trader 4, Web Trader and Linux-compatible World Forex Trade Station. Forex trading programs are divided into a cent and standard account based on the Instant Execution execution model and an ECN account offering market Execution. The company receives a fee for its services in the form of fixed spreads (from 0.2 p. for ECN and from 2 p. for the rest of the accounts). The wforex.ru website mentions the following benefits of working with this DC:

Broker World Forex makes a contradictory impression. On the one hand, according to the information on its website, the company has been in existence since 2007, which seems to be an impressive deadline. On the other hand, the network of this dealing center is devoted to a lot of negative comments, which describe specific cases, provided pictures of correspondence and terminal, and so on. In particular, the reviews devoted to World Forex relate to failures in the trading system, as a result of which profits are debited from trading accounts or smaller amounts are accrued. In fact, the company is openly accused of cutting deals – according to a number of reports, this practice takes place when the client is reaching a more or less decent level of earnings.

Controversial reputation is a problem typical of many dealing centers. Paradoxically, for this reason, numerous little-known brands criticized by the community of traders and investors still attract a certain number of new customers. Be that as it may, people who are interested in the World Forex brand, it is not recommended to immediately transfer a large amount to the account, and first independently check how this DC works.
VN:F [1.9.22_1171]