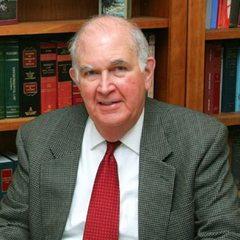 American Richard Dennis was born in 1949 in Chicago. In the circles of financiers, he is primarily known for his successful trade "on the floor." Dennis built the fortune on $1,600, which he borrowed from relatives in the early 1970s – $1,200 of that amount went to pay the exchange fee. After 10 years, this starting capital has grown to 200 million. After Black Monday in 1987, he decided to retire early, but, in fact, it was only about limiting activities in the financial markets. He is also active in socio-political issues and has libertarian views.

Richard Dennis got a job as a junior assistant on the Chicago Mercantile Exchange at the age of 17. Within a couple of years, he was trading on the Mid-American Mercantile Exchange, a site where orders with small amounts were accepted. In order to circumvent the age limit for people under 22 years of age, he registered as a trader his father, and he formally served as an assistant.
Richard Dennis is a philosopher by training: he received a bachelor's degree from De Paul University, after which he received a scholarship from Tulane University. During the same period, he realized that earning on the stock exchange is more interesting for him. In the first year of trading, it increased the amount of $400 to 3,000, and in three years – to 100,000. At the beginning of the 74th, Dennis earned $500,000 on the soybean trade, and by the end of the same year he had become a millionaire.

In contrast to most traders in the Pit, Richard Denis was not engaged in scalping, and preferred medium-term strategies. In 1972, he made good money on a "big grain heist" – raising wheat prices amid massive purchases of U.S. stocks by the Soviet Union. As a result, Dennis was able to acquire a more expensive membership on the Chicago Mercantile Exchange, as well as open his office.

At the same time he decided to teach a group of traders a simple trading system – this case gave birth to the nickname of Richard Dennis "Teacher of turtles." "Turtles" is 23 interns, whom he taught tactics to follow the trend: buy and sell when prices broke through the maximum and minimum interest range respectively. Positions were cut during periods of loss, and when profits were made, profits were increased by reinvestment; 24% of the capital remained in the risk zone. Over a five-year period, the "turtles" earned a total of about 250 million – a process and the results of this experiment are detailed in at least two books by Richard Dennis. However, since 1986, the performance of such a system has declined sharply and only a few of the students have continued to trade, adapting their method of trading to the new conditions.