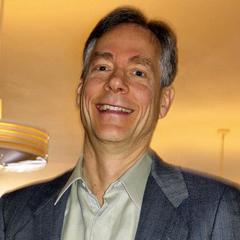 American financial analyst Robert R. Precter became famous primarily because of effective predictions based on Elliott's Wave Theory. Much of the market prediction material was published in The Elliott Wave Theorist Gazette, which has been published since 1979.

Founder of Elliott Wave International and the New Classics Library, he also served on the Board of Governors of the Market Technicians Association and was even president of the organization for a year. He has 14 books, including one co-written; his Conquer the Crash is named a bestseller by the New York Times. In addition, he was the editor of two popular U.S. profile publications. No less well known is the joint work of Alfred Frost and Robert Precter "The Wave Principle of Elliot", which can be downloaded on many financial markets sites.

Robert Precter's biography is proof that you don't have to be an economist to succeed in financial markets. He graduated from Yale University with a bachelor's degree in psychology, and his interest in stock trading is to read the works of Ralph Nelson Elliott. In addition, Robert Precter has repeatedly noted that, in essence, financial markets are the embodiment of mass psychology. In 1975, he took a technical job at Merrill Lynch, Bank of America's financial wealth management division, and four years later he left the company and became a specialized journalist. Predicting seemingly unlikely reversals of trends on the stock exchange and gold market, Precter quickly gained many followers.

Robert Precter's popularity and approach increased in 1984, after he won the U.S. Trading Championship, earning 444% of the profits. In turn, after "Black Monday" in 1987, the number of subscribers of The Elliott Wave Theorist increased many times, reaching 20,000 people. Many contemporaries noted that Precter had done more to popularize Elliott's ideas than anyone else in history.

Several economic publications, notably the Financial News Network (CNBC), called him the "financial guru of the 80s." Ironically, some articles in this period have even suggested that his predictions are in themselves "forcing the quotes to move in the right direction". As a proponent of technical analysis, Precter would surely argue with such assertions.