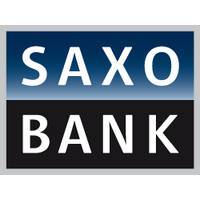 Danish financial brand Saxo Bank is known all over the world: the official website of the company, localized in 42 languages, allows to judge this. Its customer base is citizens of major European countries, as well as the CIS, Middle East, Africa, America and Asia-Pacific. At the same time, its offices are located in Denmark, The United Kingdom, China, Italy, France, Switzerland, Singapore, Czech Republic, Spain, Japan, Australia and Russia.

This organization is positioning itself primarily as an investment banking conglomerate providing a wide range of services in the online format. At the same time, In the vast ness of the post-Soviet space, Saxo Bank is popular mainly among traders in the foreign exchange and securities markets. Founded in the early 1990s, this broker enjoys credibility among experienced players on the stock exchange. For a wide range of speculative traders, its offerings have long remained inaccessible due to the high entry threshold.

Saxo Bank is a broker, which until recently could only be worked with by established stock speculators with impressive start-up capital. However, modern trends – in particular, the popularization of MetaTrader – have influenced this organization. The current policy of the investment bank is focused on cooperation with novice traders. The result of this approach was the SaxoMT4 account, which opens in Saxo Capital Markets Cyprus – in fact, it is a standard dealing center within the financial conglomerate. This trading option implies no financial restrictions and a narrower range of available instruments:

The company insists that SaxoMT4 is a separate package of services that is legally and effectively different from Classic, Premium and Platinum. At the same time, the reviews dedicated to Saxo Bank show that the recognition and trust in the Danish brand has a positive impact on the reputation of the Cyprus-registered unit.

The company was founded in 1992 under the brand name Midas, and it switched to the modern format in 2001. due to obtaining a European license. On the approach of the founders (L. Christensen and K. Funre) to the conduct of business greatly influenced the philosophy of Ayn Reid. In addition, its CEO Jack Welch, who previously held a similar position at the American multi-industry corporation General Electric, played an important role in shaping corporate culture. In addition to promoting its own network, the investment bank is actively developing the White Label direction: last year the number of companies associated with Saxo Bank reached 85.