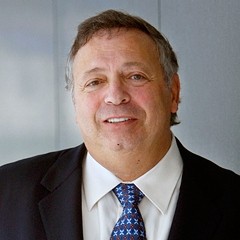 Thomas R. Demark is the founder and director of DeMark Analytics and the creator of DeMark Indicators. His advice for 17 years has been used by the well-known trader Stephen Cohen for the successful management of the hedge fund S.A.C. Capital Advisors. Among the clients of the famous expert – George Soros and Lawrence Tish, as well as companies Goldman Sachs, IBM, Steinhardt Partners and others. Thomas DeMark’s trading system earned him and his investors multimillion-dollar earnings. Thus, in 1982, at the time of the founding of its own fund DeMark Investment Advisory, its active capital amounted to 120 billion dollars.

Thomas DeMark’s technical analysis is often aimed at working against the trend. An extraordinary mindset allowed him to take a new approach to the creation of trading algorithms and indicators. In particular, in its Sequendal, equal time segments are replaced by a comparison of current and past price activity. The analytical tools invented by Thomas Demark are successfully used for market tracking and technical analysis. According to him, the funds he develops are objective, highly automatic and focused on counter-trend trade. In addition, most of them are universal and equally well suited to different financial markets.

The calculation system proposed by Thomas Demark for price projections, namely the three methods of their calculation (TD-price projectors) is not the least interesting. This aspect of his strategy is related to the criteria of a true breakout of the trend line. The attention of many practicing traders also attracts his method of building trend lines from later to earlier. Thomas DeMark’s book “Technical Analysis – New Science” fully reveals the most important elements of his approach to market research. Today it is popular among traders involved in various markets. Other books written by Thomas Demark are equally well known.

Thomas DeMark’s biography includes an MBA, two postgraduate degrees and work for the multibillion-dollar Investment Fund National Investment Services (NIS). He also managed Financial Markets Consulting, a subsidiary of NIS. In 1988, he took over as executive vice president of a large hedge fund Tudor, and in 1994 he began advising Leon Cooperman of Omega Advisors. DeMark is also the co-founder of Devan Futures and the founder of Market Studies, a company that supplies software solutions for market analysis.

Thomas DeMark has repeatedly proved his competence in accurate forecasting. In particular, for several months he predicted the lowest point of the U.S. market in October 2011, as well as the minimum Shanghai Composite in December 2012 and the maximum – in February 2013. These values, as well as the June low and the September high for the Shanghai Composite in 2013 were named with precision to the day.

Video and books by Thomas Demark