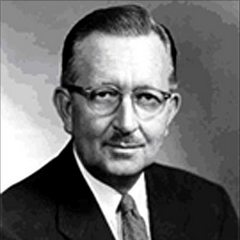 Successful stock traders and investors often start careers not as financiers. For example, Alexander Elder is a certified psychologist, John Livermore is a cinematographer, and Ingeborga Mootz had no higher education at all and remained a housewife all her life. As for the father of "investing in growth" Thomas Rowe Price , in his youth he wanted to become a chemist. Educated at the chemistry department of the prestigious Swarthor College, Thomas Rowe Price worked in the specialty for a short time, as he became interested in studying financial markets.

The start of his financial career was the position of analyst in a brokerage office. Writing market reviews and working with clients, Thomas Rowe Price combined with self-education. With his filing, the company opened an investment planning department, which was engaged in the search for promising companies. This project was prematurely curtailed without profit, which prompted Price to create his own investment firm T. Rowe Price in 1937.

Thomas Rowe Price's professional biography also includes the foundations of two investment funds: the first of which was established in 1950. The basis of its start-up capital was donated in the names of relatives of wealthy parents. The unusual format of the activity was explained by the specifics of the legislation, which did not involve taxation for gifts worth up to $3,000. By investing in long-term stable projects, price has shown record asset growth of 500% in a decade. The success of his second fund, established in 1960, was built on investing in young and promising enterprises.

A key element of the strategy that brought Thomas Rowe Price fame and wealth is the choice of stable industries and promising enterprises and the focus on their long-term growth.