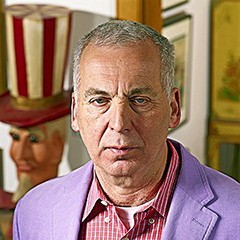 Victor Niederhoffer became famous in the circles of stockmarket specialists, among other things, due to the history of his defeat and re-entry to the top. Having built capital on the stock exchange and investing, he often focused on risk strategies. At the same time, many of his operations were so successful that George Soros himself entrusted him with his money. He is also known as the author of books popular among traders and financiers. In particular, "Practice of Stock Speculation" by Victor Niederhoffer and "Universities of Stock Speculator" are recognized bestsellers, which are considered mandatory to read.

This man, who is one of the leaders in the management of hedge funds, was born in New York to a Brooklyn police officer and a schoolteacher. The first noticeable influence on the future choice of B. The niederhoffer of his career was provided by his grandfather Martin – a stock trader familiar with J. Livermore. His passion for tennis and victory in a number of prestigious tournaments provided Victor with a Harvard scholarship. As a student, he was seriously interested in squash – in this sport he also several times achieved championship titles.

His stock market career began in 1965, when he was still studying. With a starting capital of about $400, Niederhoffer co-founded Niederhoffer, Cross and zeckhauser, Inc. with Frank Cross. He graduated from Harvard, then received a doctorate from the University of Chicago and taught at the University of California. The theme of his scientific work was devoted to price fluctuations: the idea of their arbitrary nature, which was common at that time, contrasted the belief that their dynamics were determined and predictable.

In the late 70s and early 80s he became closely involved in the trading of precious metals, then moved on to fixed income instruments and the foreign exchange market. His profits allowed him to found his own firm, Niederhoffer Investments, which later earned him the status of a leading expert on futures contracts and options. Achievements in this field were so significant that Niederhoffer Investments drew the attention of J. Soros, who registered a ten-million-dollar deposit with the company. Moreover, Soros's son Jonathan studied for a long time with Niederhoffer.

Victor Niederhoffer remained a leader until 1997, when he lost a significant share of capital as a result of failed investments in emerging markets. The sharp decline in the US market, which occurred in October of the same year, completely ruined it. For the next three years he was engaged in journalism and bookwriting, and in 2001 a former investor approached him with an offer to return to the sphere of capital management. The offshore fund entrusted to Niederhoffer has grown from 2 million to 345 million in a year. A new career boost allowed him to return to the upper echelons of the financial world. In 2006, he reopened his own fund for U.S. investors.