Dom » Articles » What the head and shoulders say in trade 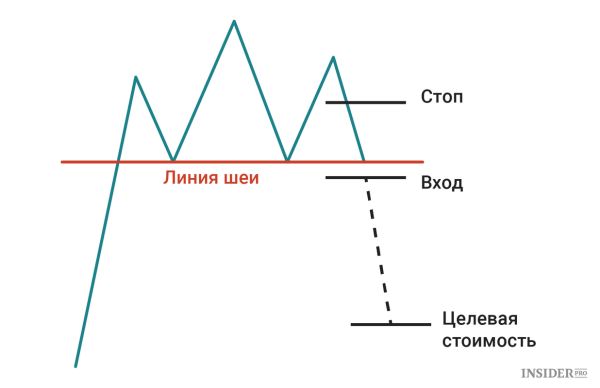 What the head and shoulders say in trade

In this material, we will look at a well-known technical analysis model called head and shoulders in trade and analyze the trading rules that will allow us to use this price configuration to take a position in the market.

Candlesticks is one way of interpreting the price trend of an asset.

What is the pattern of the head and shoulders?

Head and shoulder pattern is one of the most famous designs in technical analysis. It is a complex and subjective pattern created at the top or bottom of the market.

This formation is considered a trend reversal model because after an upward/downward trend the price begins to overburden and eventually develops.

People all over the world know and pay attention to this price, and there are many attempts to organize the detection and use of this number – the pattern “Head and shoulders” in the trade.

Head and shoulder anatomy in trade Initially formed a peak like any other in an upward trend,

It formed a second peak above the first and finally

The third peak formed below the second peak.

The first and third peaks are the arms, and the second highest peak is the head.

You have to wait for the pattern to finish with the breakout neckline, because sometimes the price stays for a while to consolidate or continue to move upwards.

If the price crosses the neck line, we can estimate the target price for the short position; The target is estimated by measuring the height from the notch to the top of the head and is projected from the point of division. This objective should be considered approximate and is very useful for calculating the hypothetical risk/benefit of operations with this number.

Sometimes there is a withdrawal to the neck line, offering new opportunities for short selling, and stop-loss can be placed above the neck line.

Volume is an aspect to consider, although it does not define.

The first peak volume is high, which usually corresponds to an upward trend.

In the second peak Pressure, volume is usually lower than in the first, it is a clear indicator that the new peak is not supported by many purchases, at least not as in the first peak and finally

In the third peak volume is lower than in the second peak, which again indicates that neither the price was able to beat the previous peak, nor the volume was so strong that the price continues to rise.

When the volume of breakouts usually increases again, although this is not mandatory demand and a good signal.

The creation of a number of “heads and shoulders” indicates an increase in pessimism among investors and the beginning of a downward trend. Such formations are considered one of the most reliable signals in technical analysis. They are mainly used to predict a reversal of long-term market trends, but can also be used in the short term.

Post Says that the figure of the head and shoulders in the trade appeared for the first time G-Forex.net.